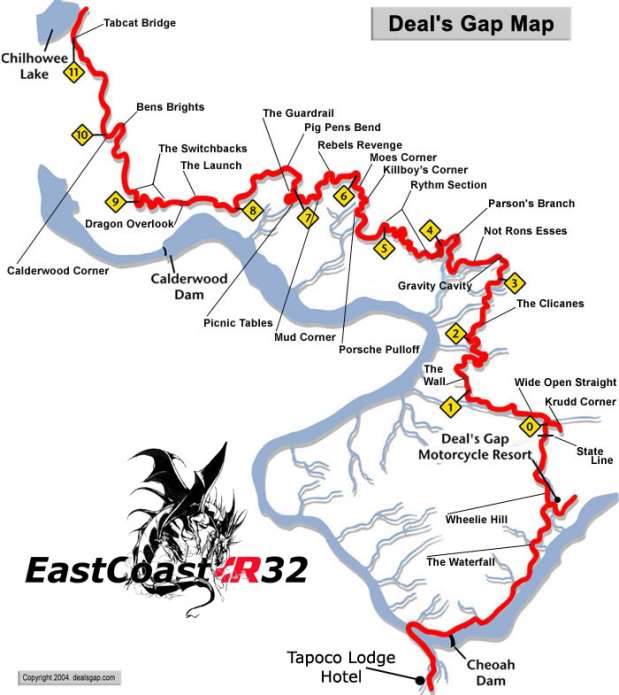 I do not own any of the images used in this post.

A few weeks back I wrote a post about the lovely Tapoco Lodge and I purposely left out the information about how I got there.  Today, I will explain about the Tail of the Dragon (also known as US 129)

The Tail of the Dragon is a 11-mile stretch of paved road between the Great Smoky Mountains and the Cherokee National Forest.  It is, unbeknownst to me the first time I drove it, a coveted road for motorcyclists and sports car enthusiasts.  I have read that there are no intersections or driveways to interfere with the drive.  To be honest, I never even noticed that and I have driven it three times now.  When you ride the dragon, you keep your eyes on the road and that is it, end of story.

You see it is not just a scenic little drive through the mountains-although it is that–there are actually 318 curves, twists, and switchbacks on that 11 mile strip of road.  318!!!!  Did I mention the sheer drops, no berms and the possibility of animals crossing the road?  And there is always the chance of rock slides and fallen trees in the road. 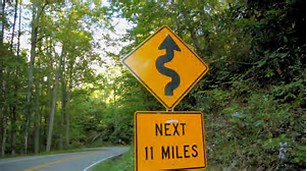 The first time I drove it I was totally ignorant of the dragon.  I had never heard of it.  In fact, it was my third time driving it that I even realized what was going on.  Then it all made sense.  Until then I thought it was just some poorly executed road through the mountains.  My first drive on the dragon was at night and during a rainstorm.  The absolute terror I felt has basically wiped most of the memories away of that night.  I thought I was in some bad horror movie.  The dark (very dark) road went on and on for what seemed like hours.  I had motorcycles and sports cars passing me at high speeds and there was no where to turn off or turn around.  There is very little phone reception due to the mountains.  I was sure that somewhere along the road was going to be my final resting place.

I made it to my destination about an hour late, then I had the great pleasure of driving it again to get back to where I was staying.  Luckily, the GPS found a different route back but it was still a challenge especially at night.

The second time I drove it was during the day and I just took my time.  Again, motorcycles and sports cars passed me with a vengeance.  It had to look funny seeing this middle-aged woman driving this four-door SUV on this road.  I was still clueless as to what was going on.  Again, I made it to my destination.  This time I stayed a while and did not give the dragon another thought.

It was when I booked the room at the Tapoco Lodge (I had stopped there on one of  my trips looking for directions–that is when I decided I wanted to stay there) that I started to read about the Tail of the Dragon and learned just how many curves there actually are. 318!!  Sitting on the porch of my cabin at the Tapoco Lodge I watched dozens of motorcycles, Corvettes, Porsches and other sports cars zoom past on their way to quite an adventurous drive.  That was in December, I cannot imagine how crowded the road can get in the summer. 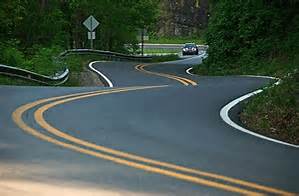 Riding the Tail of the Dragon (not once, but three times) was never on my plan when I started this trip.  But it actually has turned out to be one of my proudest achievements.  I am not sure how many SUVs make the trip, but Devi rose to the challenge, hugged that road and kept going.  She is an amazing vehicle!  The things I have put her through!

There are many accidents along this road.  I have read that it can take an hour or longer to get emergency personnel to an accident scene due to the remoteness.  This road is to be respected and not thought of lightly.  People have lost their lives here.  So if you ever find yourself on the tail, tread lightly but have fun.  It is quite a road and the scenery is breathtaking if you get a chance to see it. 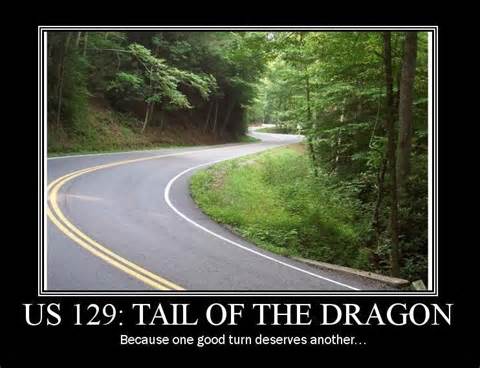 My life seems to be changing daily!